Founded in 1926 as local museum, the County Museum Oberhavel is located in the south wing of the Oranienburg castle. Arranged on three floors the museum presents its comprehensive exhibitions on town and regional history as well as historical objects relating to art and culture spanning a period of six centuries. 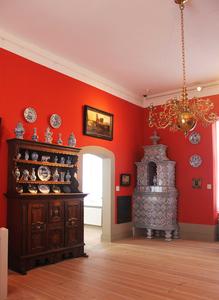 County Museum Oberhavel: Art and culture in the Baroque

The department for prehistoric and protohistoric archaeology gives an overview of the development of the region from the last glacial epoch to the Middle Ages. Among the numerous testimonials of former life there are some exhibits of national significance.

An exhibition on the town history of Oranienburg begins with the erection of an Askanian moated castle around 1200 and leads to the town's eponym, the electress Louise Henriette who strongly influenced its development. Its first registration dates back to 1216 when it was called Bötzow. Various objects and pictures symbolize the tradition of handicrafts in the town.

Another room informs visitors about life and work of the famous chemist Friedlieb Ferdinand Runge, who was director of the "Chemischen Produkten-Fabrik" (chemical product factory) in 1832 and who made one of his most significant discoveries here.

The last part of the exhibition looks at the first Prussian concentration camp which was erected in the centre of town on March 21, 1933. Among numerous other topics the bombardment of the town towards the end of Word War II are dealt with.

On the main floor visitors will be taken on a tour through 600 years of history of art and culture. Furniture, sculptures, paintings, graphics as well as art and utility objects made of faience, china or glass ranging from Gothic and Renaissance to modern age are all presented here. 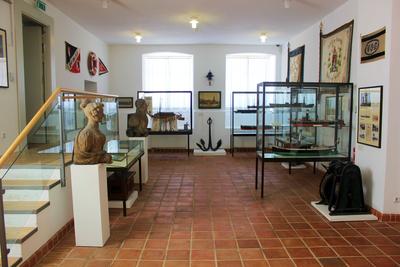