The Biala Podlaska county counts among the three biggest countys in Poland. It is situated in the central east of the country, in the voivodeship Lublin. Approximately 114,000 inhabitants live in the 17 communities and two towns of the district.

Transnational traffic to Belarus is facilitated by three junctions in Kukuryki, Terespol and Slawatycze as well as by the train station in Terespol. Due to its location, the international routes and existing infrastructure the Biala Podlaska county has a great development potential. Biala Podlaska is an attractive area for tourists. The country park "Podlaski Breakthrough Bug" was founded in this interesting, charming and natural environment. The town of Janów Podlaski is known for its successful breed of Arabian horses.

Oberhavel county has maintained contacts with east Poland for many years already. A first partnership agreement was signed with the former association of authorities Podlasie in 1995. In 2004, after the local government reform in Poland, Oberhavel signed a partnership agreement with the Biala Podlaska county. The agreement determines the cooperation and exchange in the following fields: 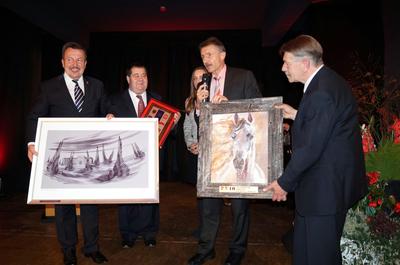